Recognized as one of the world’s leading examples of health care redesign, Southcentral Foundation’s Nuka System of care is a relationship-based, customer-owned approach to transforming health care, improving outcomes and reducing costs. This selective, personalized workshop is an opportunity for you to discuss and discover new leadership approaches to address the challenges of our constantly changing industry.

This year, the workshop will be hosted by Southcentral Foundation President/CEO Katherine Gottlieb.

*In the event that weather doesn’t permit flights into Silver Salmon Fish Camp, similar accommodations will be made elsewhere

The 2020 Executive Leadership Experience will be held

Get on our email list for updated information and registration. 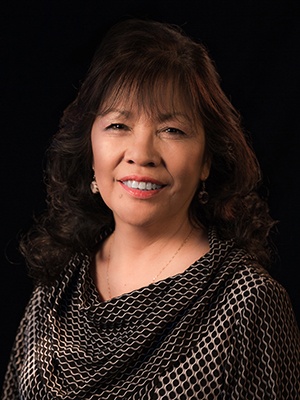 Gottlieb began her career in health care as a community health representative in Seldovia, Alaska, a community of about 300 people accessible only by boat or plane. While pursuing an undergraduate degree, Gottlieb worked at SCF’s headquarters in Anchorage as a receptionist. She quickly worked her way up the ranks, and by 1991, was serving in the organization’s top executive position.

An innovative and visionary leader, Gottlieb has partnered with SCF’s Alaska Native board of directors, fellow customer-owners and other leadership, to transform health care for the Native Community. Today, as SCF’s chief executive, she oversees more than 2,000 employees and an annual budget of $349 million to manage more than 80 health care programs, services and departments. Under her direction and guidance, SCF’s Nuka System of Care has earned the Malcolm Baldrige National Quality Award and other national and international recognitions for performance excellence and innovation.

In 2004, when selected as one of 23 distinguished Americans for the MacArthur Foundation Fellowship, also known as the “Genius Award,” the MacArthur Foundation remarked, “Under Katherine Gottlieb’s leadership, the Southcentral Foundation network has demonstrated that high-quality health care and effective preventive services are possible, even in communities facing obstacles of poverty and geographic isolation.”

She is also the recipient of the 2015 Harry S. Hertz Leadership Award – presented by the Foundation for the Malcolm Baldrige National Quality Award – recognizing her visionary leadership and commitment to customer-driven quality improvement in health care.

For 2016, Gottlieb was presented the Indian Health Service National Director Award for a record-setting year for Tribal partnerships. SCF provided support for 44 Tribes and Tribal organizations who have been inspired by SCF’s Nuka System of Care.

Gottlieb holds a BA, MBA, and an honorary doctorate from University of Alaska Anchorage and an honorary doctorate from Alaska Pacific University, where she is a trustee emeritus. She is a Visiting Scientist at Harvard Medical School as well as a former board member of Cook Inlet Native Head Start, the Alaska Native Heritage Center, and the National Library of Medicine Board of Regents. She remains active at the national level on behalf of Alaska Native and American Indian policy issues.

Silver Salmon Fish Camp is located on the western shores of Cook Inlet. We coordinate travel from Anchorage, Alaska by small plane on a one-hour scenic charter flight over tidal marshes, streams and volcanic mountain ranges.

Accommodations in the lodge feature cabins, a separate restroom facility with a banya (traditional sauna), and communal dining and living areas. ATVs are used to transport participants for nearby fishing, bear viewing and sightseeing activities. Count on not having cell reception at the camp; there is WiFi and a camp phone.

For participants interested in taking advantage of the world renowned silver salmon fishing, SCF will arrange an opportunity for you to purchase the appropriate fishing license. Information about rules, regulations and acquiring a fishing license online will also be provided.