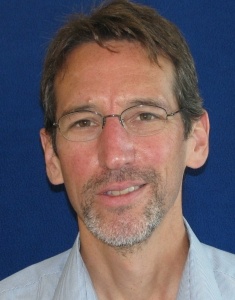 Michael Cooper is a board-certified Family Medicine provider who has been with Southcentral Foundation as a primary care provider since 2016.  He received his M.D. from Michigan State University College of Human Medicine followed by Family Medicine training in Duluth, Minnesota.

Upon completion of Family Medicine residency in 2006, he completed a two year Epidemic Intelligence Service fellowship with the Centers for Disease Control and Prevention in 2008, and then moved to Kotzebue, Alaska to work for Maniilaq from 2008-2011, where he provided inpatient, outpatient, obstetrics and emergency room care.  He remains on medical staff at Maniilaq where he provides occasional weekend coverage.

After moving from Kotzebue to Anchorage in 2011, he worked as the State of Alaska’s Tuberculosis Controller and Infectious Disease Program Manager for the Section of Epidemiology from 2011-2016.

Scroll to top
We use cookies to ensure that we give you the best experience on our website. By continuing to use the site, you are agreeing to the use of cookies.Ok