Click below to be notified when registration is open.

The Pre-Conference 2019 carried a maximum of 18.25 Continued Education Hours/Credits.

The General Conference 2019 carried a maximum of 11.25 Continued Education Hours/Credits. 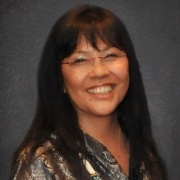 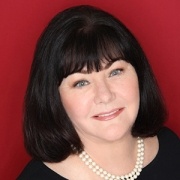 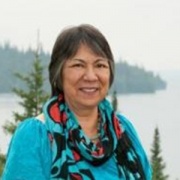 Bella Moses Petawabano was elected to a four-year term as Chair of the Board of Directors of the Cree Board of Health and Social Services of James Bay.

She has 35 years experience working in health and social services in Eeyou Istchee, from social aid and community worker to 15 years as a senior manager at the Cree Health Board.

Until her election she was Assistant Director of Public Health for Awash Programs for the CBHSSJB, overseeing regional public health programs and services directed at infants, children and young families.

Bella Petawabano’s early years were spent on her family hunting lands where she was born in 1952. She entered Residential School in Fort George when she was 10 years old, having had good exposure to traditional Cree life until then. She was there from 1961 to 1965 and in 1966 – 1967. In 1965 – 1966, she received “teachings for a girl” with her family on their lands. There, she learned many skills and teachings that she has carried into adult life. When attending high school in Rouyn-Noranda from 1967 to 1971, she boarded with a local family and this allowed her to learn French. After high school, she took a Medical Secretary course at Algonguin College in 1971 – 1972. After getting married and starting a family, Bella enrolled in a Certificate of Social Work at the University of Quebec at Chicoutimi from 1980 to 1982 and graduated while occupying a full-time job. From there, she went on to earn her Bachelor of Social Work at McGill University from 1983 to 1987, while caring for her three small children. Bella has 17 years experience as a member of the Board of Directors of the Cree Health Board, as well as experience as an elected councelor for the Cree Nation of Mistissini.

For the general conference, registration and networking breakfast is 7:30-8:30 a.m. If you do not plan to attend breakfast, please complete registration by 8 a.m.