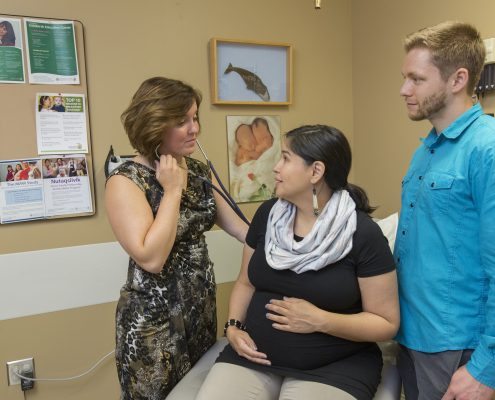 Southcentral Foundation’s (SCF) arrangements with the Indian Health Service (IHS) to take over the entire primary care system in 1998, and to co-own and co-manage the Alaska Native Medical Center in 1999, presented Alaska Native people with a tremendous opportunity. After the historic transfer of ownership, the people receiving the care moved to the driver’s seat. SCF stopped using the term “patient,” and replaced it with “customer-owner.” And, as the new customer-owners of the entire system, Alaska Native people, at last, could design, own and manage their health care.

The first step was listening to the voice of the customer. In 1998, as ownership of the primary care system was transferring to SCF, the organization conducted extensive focus groups, one-on-one interviews, meetings with tribal leadership from all over the region, and surveys. Next, SCF talked through the feedback with its Alaska Native board of directors and other customer-owners to determine what changes were needed and desired. The criteria and priorities identified by customer-owners were drafted into a list of requirements. SCF used the requirements to develop a mission, vision, and key points, and then set out to find the best practices that could be tailored to fit what the customers really wanted.

SCF recognized the need to introduce Alaska Native managers into the system – specifically, those trained in budget and personnel management, as well as more general management skills. Not only did this build highly capable Alaska Native leadership for the future, but it also allowed the doctors and nurses who had previously been serving as the department managers to return to predominantly clinical work.

SCF’s leadership shifted the paradigm from “professionals know best” to “customers know best,” and put systems in place to ensure that the wants and needs of the customer would always be put first. All SCF employees received customer service training, and customer service became a standing agenda item at every managers meeting. Customer-owners could see and feel the changes. They
were treated with respect and courtesy, and began to take a more active role in their health care.

With the improvements came the expectation that customer-owners be involved in decision making, including asking questions and providing input. In the clinics, the providers no longer made decisions alone, but, instead, started to share responsibility with customer-owners and their families. Their preferences and values guided both the care and the treatment plans. With Alaska Native customer-ownership, “us vs. them” went away and everyone started to work together toward one vision: A Native Community that enjoys physical, mental, emotional and spiritual wellness.

To learn more about customer-ownership and customer-driven improvement, check out SCF’s Nuka Webinar, Using the Voice of the Customer to Drive Improvement: